MEET FRANK & LINDA ~ The People Behind the dogs

& the rest of the Humans living here

Welcome to OUR page, this is where you get to know us better & get a inside look at US. 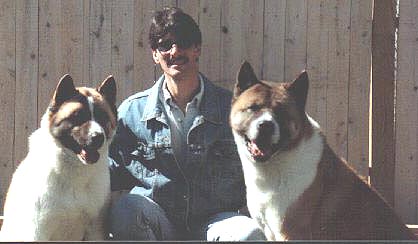 I was  born & still reside in the  wonderful state of New Jersey, I was introduced the the Akita breed by my first Akita,Windom's Jisitzu Jazz, I learned a lot in the first few years after quite a few dogs purchased as "Show Quality" did not meet my expectation as to conformation & health, I decided on the kennel name of EXCEL as I wanted to  do just that in the ring & in my future breeding program, I started attending National Specialties in 1990 , & have been a steadily attended ever since,  I had my first litter in 1991, out of my Ben daughter  Ch. Apogee's California Girl ~ Cali, I kept  a male who became Ch. Excel's Total Package  & a  female who is Excel's Diamond Girl,  I co-owned Ch. Excel's Knight Of Mountains ~ Knight with Danny Newmones of Zuri Akitas ~ that breeding produced 2 American Champions & a Spanish Champion + a few more major pointed that never finished.

All  that was yeas ago, & many dogs later, currently I'm President of the Garden State Akita Club  & Assistant Site Coordinator for the Akita Club Of America  I enjoy showing my own dogs & have put Championships on quite a few Akitas. 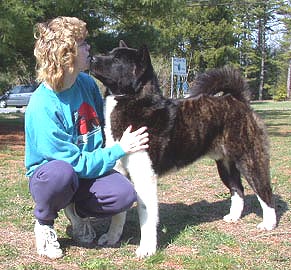 I was born & started out in  the state of Minnesota, I acquired my first Akita Northlund's Bushido Kuma, Behr in 1984, I had 12 1/2 happy years with my ole boy, in honor of him I chose SHU-KU as my kennel name, I was fairly lucky in my quest for the Ultimate Akita, I had a few let downs in the beginning ,but good things come to those who wait, Flair ~ Ch. Big-O Shu-Ku Wen Y'R Hot Y'r Hot was well worth the wait, she was & still is everything I ever dreamed of in an Akita,   I was co breeder on my first litter in 1994 ( I did nothing but pick a pup , the Brennan's of BVA Akitas did all the work) Witchy  ~ Ch. Shu-Ku's U Ain't Seen Nut'N Yet, CGC, TDI is from that litter , my first homebred litter was in 1996 & Jordi  ~ Shu-Ku's Where It's At is the result of that.

Currently I'm the Historian for the ACA ( Akita Club of America) &  Treasure for the Garden State Akita Club.

I have shown not just Akitas , but Labs, Rotts & Dobes  & put quite  few Championships on them.

In 1997 I moved to New Jersey after Frank offered me a place to "get away" after a nasty divorce, I packed up myself , my few belongings & my dogs  in a U-Haul & went out East , A friend offering a friend a place to  retreat,    I was surely not looking for love , but when it  hit  WHAM  there was no turning back, in 1998 we were engaged & as soon as we have a  weekend free from shows we plan to marry.   UPDATATE  : We married in May 2001 ! 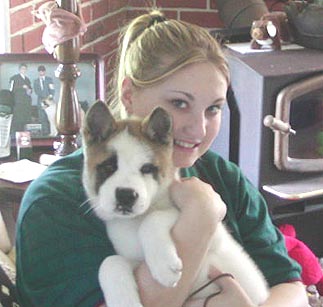 Still lives at home, not into the dogs as much as we are, but still enjoys socializing & playing with puppies ,She has A full time job & is continuing her education to further her career, on occasion we can get her to do some chores even kennel cleaning !!!! that's IF we can pull her off of the phone or computer ! 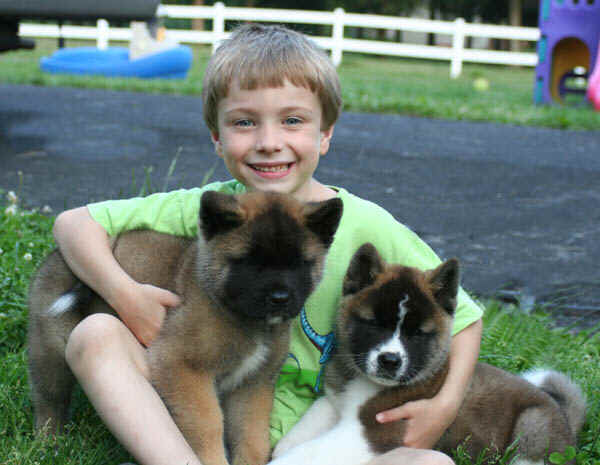 The baby of the family, now in school, is into Soccer, Video games & even does some reading ! he has been exposed to the dogs since he was brought home, he has a love for the warm fuzzy things & so far LOVES dog shows , his guinea pig & hairless rats !

We have combined our dogs & kennel names to form Excel Shu-Ku Akitas ( ESA) together we strive to  produce Akitas that are sound in body & mind, & reflect  the true Akita according to  our written standard.

We are both classic rock fans &  you can spot us "jammin" to Zeppelin, Queen, ELO, Floyd, The Boss,The Stones, Bowie, Van Morrison, Buffet & I have to confess...... I have a secret.......... well not such a secret amongst my family & close friends I have a HUGE OBSESSION with rapper EMINEM !

We're still out there showing most weekends &  make the National Specialty our yearly vacation, so if you see us  around the shows come say HI , we'd love to meet you !

Take a look at our goals as breeders & our commitment to the Akita breed.